What Is A Comic Convention?

You might have even seen some cosplayers without knowing what they are.

If you're looking to attend your first Comic Convention, you may not know what to expect.

This article should clear up any questions you may have.

So, What Is A Comic-Con?

Comic-con, short for comic convention, is an event that celebrates “geek culture”. Most conventions started as a place to buy and sell comics books and talk about them with others. This expanded into other types of media as films, tv and other mediums became inspired by comic books. And vise versa.

Today, comic conventions celebrate any medium that has comic book traits, such as superheroes, sci-fi and horror. They also feature shows with cult followings or anything away from the "mainstream". 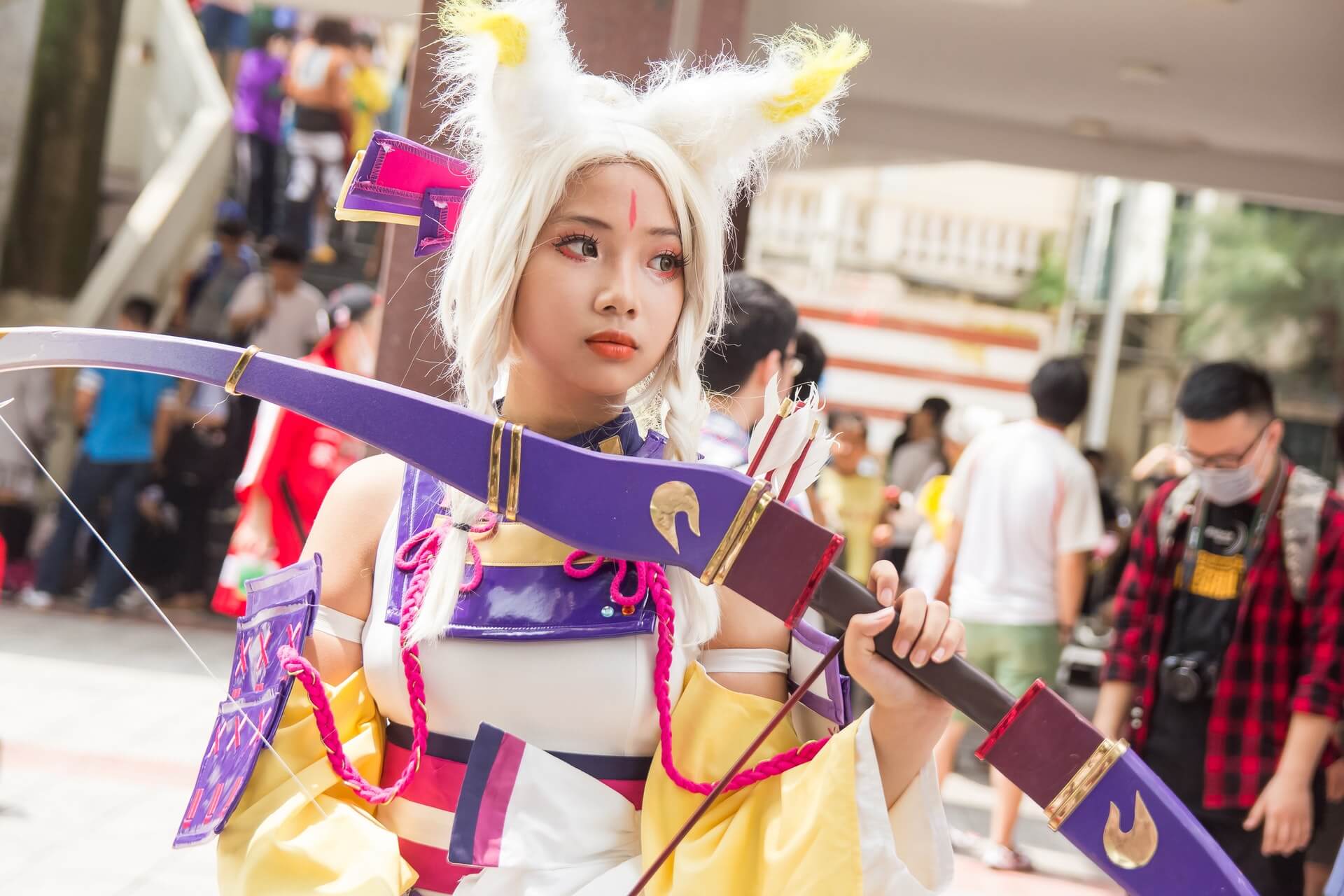 When Is The Next Comic Convention?

During “peak season”, there is a comic convention almost every weekend across the country. We have a list of UK conventions, where you can find your local convention.

What Happens At A Comic-Con?

It depends on the size of the convention you are attending, but they all tend to have the following things:

Every convention will have stalls that sell stuff. These range from big name retailers, through to smaller, independent companies who only sell at conventions. These usually stock merchandise from famous film, tv, games, anime and bands. There’s clothing, stuffed toys, collectables, trading cards and more up for grabs. Keep your eye out for convention exclusives items and deals.

Most conventions are cosplay friendly. Cosplay is short for costume play. It’s when a person dresses up as a character they admire. It’s fancy dress but taken seriously and worn to honour a favourite character. Some cosplayers have huge following on social media. Some have turned cosplaying into a full-time job. The majority of Cosplayers make their costumes by hand and they are seriously impressive.

Artists of every style sell beautiful prints of their designs. Some have comics, books, badges, stickers, posters and jewellery on sale too. A lot of these artists sell fan art of popular characters, such as the Avengers or Batman. However, some of the bigger conventions have a ban on Fan Art sales as they infringe on copyright. But if you like the style of an artist, check their Website or Etsy store as they may have fan art on there.

There are loads of celebrities on the comic-con circuit, from big names stars, to smaller indie actors. Carrie Fisher, Stan Lee and Daniel Radcliff have all appeared at Comic Conventions in the UK. Star Wars actors, various Doctor Whos, and the Red Dwarf guys are all Convention regulars. Popular Youtubers, cosplayers and Streamers often give photos and autographs too.

Panels are stage shows that usually take the form of an interview. The panel will be hosted by a presenter, who field questions to a “panel”. These can be celebrities talking about a latest release or cult film. It might be a panel of cosplayers giving advice. There are loads of different panels, and it’s worth joining panels even if you have no idea what they are about – You might learn something new.

Different conventions have different focuses. Some will have more of a lean on celebrity photos. Others will have gaming tournaments with prizes. Bigger conventions might have panels or exclusive viewing of upcoming shows. It can vary from convention to convention, so check the event websites to see if there is something that will pique your interest. 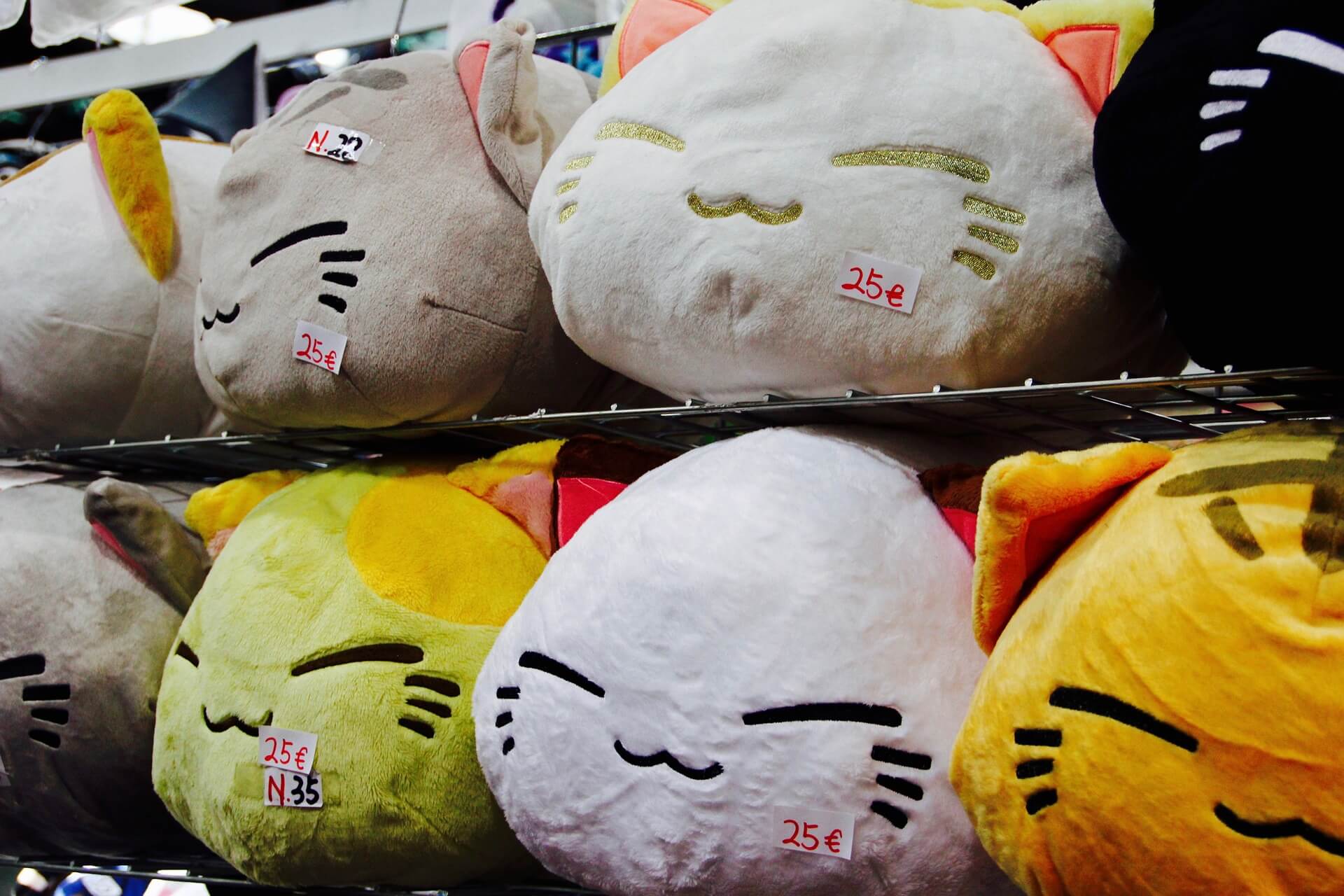 I Want To Go To A Comic Convention, What Do I Do?

First up, buy your ticket! Most comic-cons will sell tickets on the door but others sell out really far in advance so it’s best get your ticket early. Check the official event website for ticket information and prices.

Next, read our beginners guide to Comic-Conventions. This should cover a lot of the basics and help you plan your trip.

Check the event terms and conditions. Some have very specific rules you should abide by, such as weapons regulations, "Cosplay is not Consent" policies, and cosplay rules.

Check official and unofficial hashtags on Instagram and Twitter for fan gatherings throughout the day. Sometimes, people cosplaying from the same group have a quick photoshoot meetup (eg. Everyone dressed as a Marvel character or all people cosplaying as Batman). 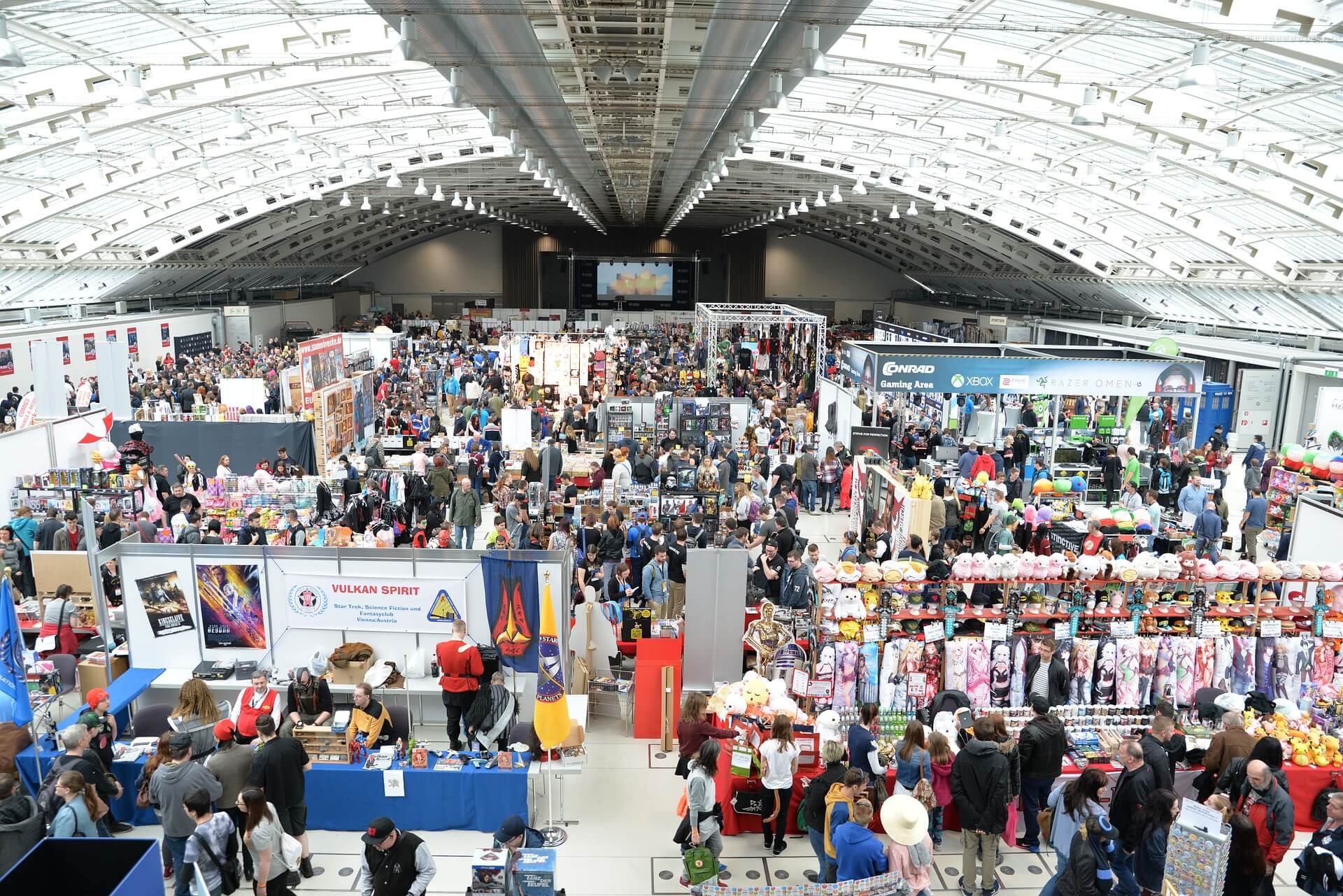 Yes, they can be.

Most conventions are extremely busy. Big conventions such as MCM or LFCC can be so busy at peak times it can be hard to move. If you’re not a fan of crowds, don’t worry. Usually you can walk in and out of conventions whenever you need for a breather. If the convention is open on a Fridays or Mondays, then these days are usually quieter. Sundays are usually a bit quieter than Saturdays. Saturdays are always the busiest day. Big events will also have a chill out zone that can be a bit quieter.

Most conventions will have previsions in place for disabled convention goers. If conventions are in event centres then they should have lifts, disabled toilets and parking bays. It’s best to email the convention organiser ahead of time if you have any form of disability. Sometimes they can issue a different badge that lets you skip queues or give you access to resting areas.

Of course! Conventions are all about being inclusive and being who you are. There are usually stalls selling all sorts of LGBTQ+ Merchandise.

Crossdressing/Drag/Crossplay are more than welcome too. Most conventions have policies against harassment and hateful comment so if anyone says or does anything homophobic, they will be thrown out of the event.

Many have anti-bathroom policing policies in place too. Plus, some conventions will have unofficial “bathroom buddy” schemes too. 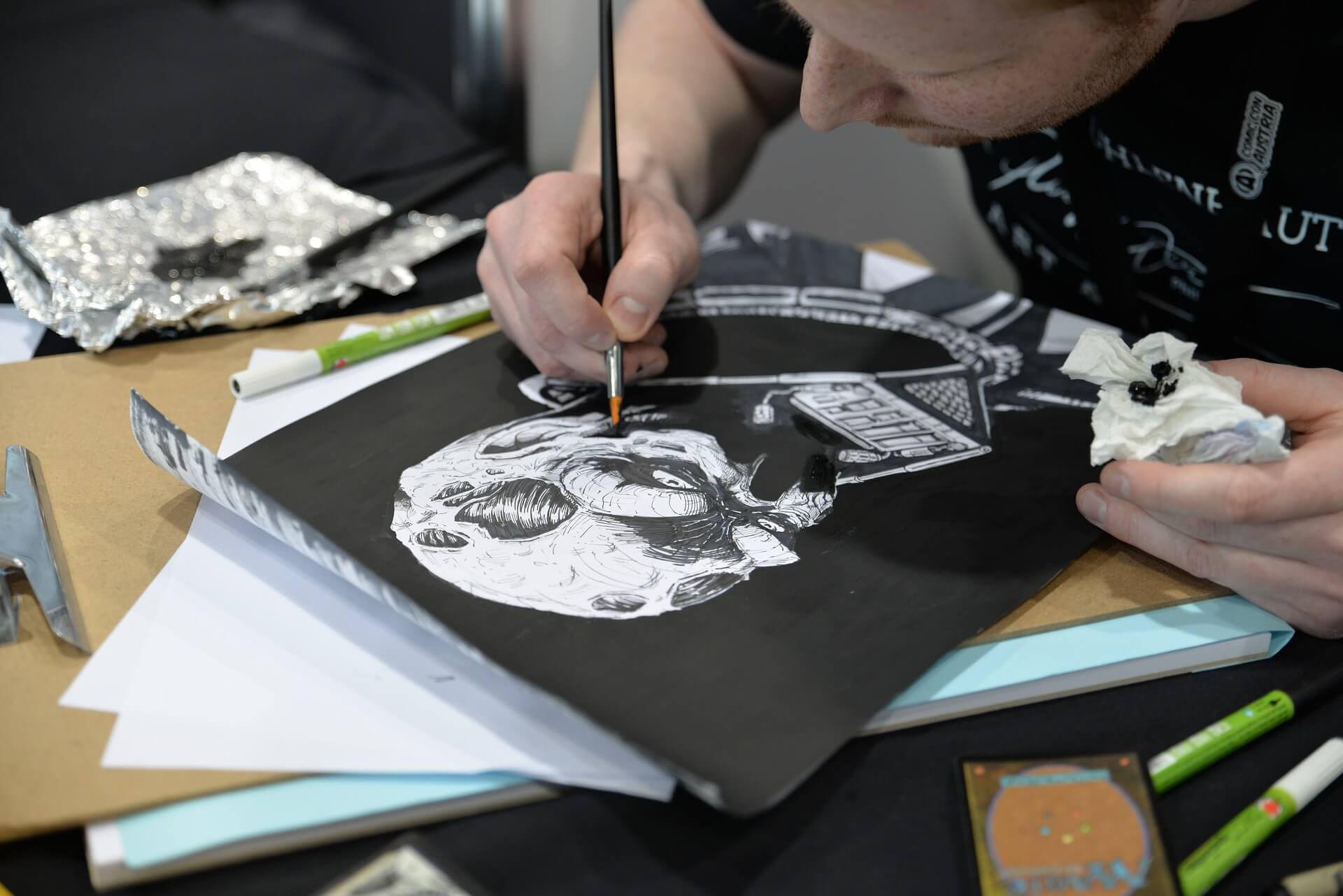 Can Kids Come To Conventions?

Being in a place where all their favourite characters hang out can be a fun experience for a child. Where else can you go where a Darth Vader and a full set of storm troopers can be seen chatting with Batman and Doctor Who?

However, it’s best to try to come on a quieter day, as some conventions can be so busy it’s overwhelming for young children. Bear in mind that convention centres are very hot and very busy.

Which Comic Conventions Are The Biggest?

In the UK, MCM Comic-Con London and London Film and Comic-Con are the two biggest by far.

They take over entire venues, and have tens of thousands of people every day.

They also attract the biggest celebrities, the best panels and the best merchandise.

Hopefully, this has answered any questions you might have about comic-cons! If you still have questions feel free to contact us on Twitter or check out our other hints and tips articles!

How to Survive Your First UK Comic Con